New York, NY (December 19, 2012)—As the residents of the greater Northeast recover from Hurricane Sandy, Long Island, NY-based Group One Limited has teamed up with UK-based DiGiCo to provide free used consoles to houses of worship whose buildings and audio systems were affected by the storm.

The program, ‘HOW Helps,’ leverages the results of Group One and DiGiCo’s SD5 Trade Up program whereby U.S.-based venues were offered a substantial credit towards the purchase of a new SD5 with the trade in of any make or model large-format analog or digital desk. With a warehouse full of used analog and digital consoles, Group One decided to offer the desks to HOWs in need—at no charge—instead of decommissioning them.

“Being so close to the devastation that has affected our friends, family and neighbors; we saw firsthand the devastation and wanted to find a way to help,” said G1 national sales manager Matt Larson. “It occurred to us that we had an excess of analog and digital consoles collected from our Trade Up program that could benefit churches that have many daily worries, not only in getting their buildings to a usable state, but also in supporting the needs of their local community. We thought that if we could lend a helping hand by donating a mixing console, it was one area in which they would not have to worry while they focus on more important parts of life.

“Many churches have experienced external as well as internal destruction along with their audio systems destroyed by the storm; others are having to re-allocate funds originally scheduled for audio upgrades to other parts of their budget for building or other repairs—and that is where this program can help. At this time, we really are not certain the depth of the need, but would rather repurpose these consoles to a good cause rather than having them just sitting in a warehouse or ending up in a landfill. We hope in some way we as a company can give back to those in need to get them over the hump until they get back on their feet again.

“And as an additional thank you to these churches that always help their community,” Larson continues, “Group One would also like to offer the option of trading back the same used console for an additional credit of $11,000-$24,000 towards the purchase of a new SD5 within an 18-month period. So not only are these HOW’s able to get up and running now, they will also have a path to upgrade to the newest technologies and get a nice rebate to help offset the cost.”

Any affected House of Worship can apply by filling out a simple application form and attaching photos of the affected gear and building. For more information and to apply, call 516-249-1399. 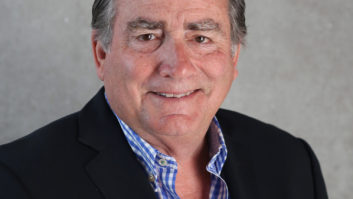