The Regent has a main floor that slopes to the stage and a newly built second-floor mezzanine level. “The VTX line arrays are relatively compact, but really powerful and clean,” Frank says. “We did not have to install separate speakers for the mezzanine. The I-Tech 4x3500HD is incredible. The amplifier’s built-in processing and ability to be matched to the VTX arrays and the stage monitors saved us space because the loudspeaker management technology is all in the amps.

“We’re dampening up the room just a bit and just kind of tightening it up, but it’s been pretty much ready to go,” Frank concludes. “We’ve had 10 shows already and everything sounds great.” 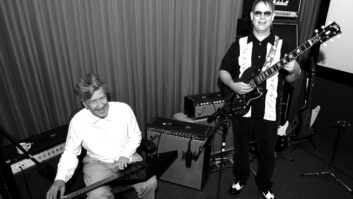