The exhibit floor of an AES show is hardly the place to judge the quality of a mic preamp, but Lew Frisch of Comprehensive Technical Group (CTG) of Atlanta did just that at AES last year. Standing at the DACS booth, Frisch was attempting to listen to the coloration of this new mic preamp when he heard something else. What was that? Then he realized that he was mindlessly fumbling with change in his pocket-the DACS MicAmp was picking it up through the mic at a distance of 15 feet, cutting clearly through the noise of the show floor. Frisch asked that a unit be sent to him as soon as possible. Two months later I had a session coming up with Bill Shafton, a wonderful acoustic jazz guitarist from Los Angeles, and asked Frisch for recommendations on mic preamps for the session. He insisted I try the DACS MicAmp, along with a Grace Designs 201.

Founded ten years ago in Newcastle, England, by Dr. Douglas Doherty, DACS (Digital Audio & Computer Systems) was established to build custom audio electronics. One of DACS’ “standard” (non-custom) products, the Mic-Amp is a 2-channel, ultra-low-noise design, based on discrete components.

The face of the unit’s single-rackspace chassis is purple and features three red knobs for each channel’s controls. This mic pre does not get lost in a rack of gear! Gain is set in seven 6dB steps from +20 dB to +62 dB, and a 0-10 dB trim control with a 21-mark scale provides for accurate repeatability.

Other features include a gentle two-stage bass roll-off filter and tri-segment LED meters with a bright overload LED that stays on for a few seconds after overload occurs. There’s also a phase reverse toggle switch for each channel. The rear panel has a set of XLR inputs for phantom power and another pair of XLR inputs for non-phantom power requirements, as well as XLR outputs.

Shafton and I had five days to record and mix five songs for his upcoming CD and spent the best part of the first day finding the right mics (Neumann TLM 103 & KM184, with a Groove Tubes MD3a and EquiTech E200) and testing mic pre’s. Along with the Grace 201, a favorite among many acoustic artists, and the new DACS, my studio has a pair of Neve 1272s and API 312s reworked by Brent Averill, and a D.W. Fearn tube mic pre. Each preamp had its own color and flattered the acoustic guitar, and each was exceptional with its own texture, except for the DACS: When using the DACS, it sounded as if a cover had been taken off the microphones. Thankfully, we were rolling tape during the tests and could go back and recheck our immediate reactions-there was still no doubt about it.

Transparency is a word used often to describe some higher-end mic preamps, and the DACS has exactly that: No color, no enhancement, just the pure, clear sound of the instrument. When listening to the tape, each mic pre was clearly different in its tone, but you didn’t have to have golden ears to be startled by the clarity of the DACS MicAmp. At a retail price of $2,150 for two channels, it’s not for the budget studio but is certainly priced in line with other high-end mic preamps. I plan to add one to my studio rack soon.

Not one to be overly impressed by specs, I rely on my ears when evaluating a mic pre. That said, the specs are very remarkable for this unit (check out the DACS Web site for more info), and the sound is absolutely clear and faithful. Highly recommended. 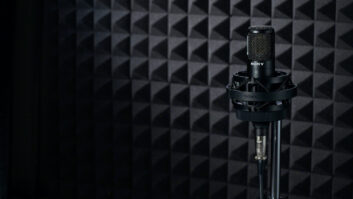