When Paul Braun, the Chicago Street Theatre’s director of sound, began renovating the theater’s new home, an old church parish hall, he contacted Neutrik for a possible donation. Neutrik responded with a box full of goodies.

In 1997, the Chicago Street Theatre purchased the new facility, which was then renovated into an ideal theater setting. Thus began the metamorphosis of the building into a thriving theater, complete with main stage area seating 140, office, classroom and lobby space, as well as a second-floor rehearsal hall. This move, according to Braun, necessitated a complete overhaul of the existing sound system and wiring scheme.

“As with all groups like ours, an extremely tight budget is the way of life,” said Braun, a 20-veteran of the community theater group. “When we first purchased the building, there was an old stage snake left behind that needed serious repair. We received some donated cable, so I started investigating which connectors to employ. I read a lot about touring pros that were using Neutrik and raving about how the connectors are indestructible and easy to put together. So I decided to call Neutrik.”

“The story of the Chicago Street Theatre really resonated with us,” said James Cowan, president of Neutrik USA. “We get many requests throughout the year for product donations. However, after talking with Paul and learning more about how the theater got started, their commitment to community matched our vision. Neutrik’s history is based on the concept of community involvement, and so is the Chicago Street Theatre’s. It was just a perfect opportunity for us to help give something back to their community.”

Braun was pleasantly surprised at the level of support he received from Neutrik. “I called Neutrik, explained our situation, and they said that they would donate the XLR connectors to fit the box on the stage and the fan at the mixer. Remarkably, they asked to have us supply them with a Neutrik wish list to set up the entire system. So, I asked them for enough Speakon connectors to wire the amplifier rack and speakers. We were so impressed when a box soon arrived that contained everything we asked for. All that was left to do was roll up our sleeves and get to work.”

For more, visit Neutrik online at www.neutrikusa.com or the Chicago Street Theatre at www.ctgonline.org. 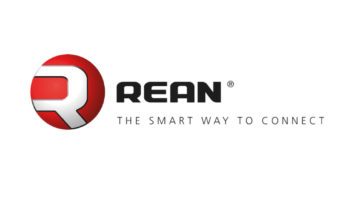