Now in its fifth year, the B-Side Project encourages original artists to enter tracks into its annual competition. The artists are then paired with electronic music producers around the world, who remix the tracks to create a catalog of new electronic music and partnerships. The year culminates with a judging panel of music professionals who decide on the best tracks, 10 of which are released as a compilation album. The overall winner earns both the artist and remixer prizes, including a Prism Sound audio interface.

Graham Boswell, sales and marketing director for Prism Sound, says, “We are backing the B-Side Project because it supports creativity and helps focus attention on new talent that might otherwise slip through the net.

“It also makes sense for BPM Live and Prism Sound to combine our marketing efforts because the remixers and producers who work with these emerging artists are also the same people we target with our range of high-quality audio interfaces such as Lyra, Titan and Atlas. There is a great deal of synergy between our two brands and we are delighted that we have found a viable way of working together.”

Prism Sound will be promoting the B-Side Project at all forthcoming events, including its popular Mic to Monitor seminars, which re-start in September 2015. Targeted at music production students, hobbyists and professionals, Mic to Monitor aims to dispel the many myths surrounding the recording process by providing a platform for recording professionals to answer audience questions on recording techniques.

B-Side Project 2015 launches in September and will be promoted throughout the summer to encourage the maximum number of entries. Prism Sound Lends Its Support To The B-Side Project 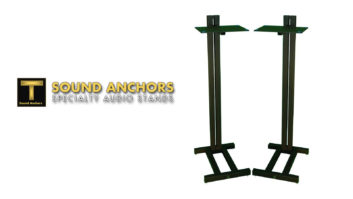 B-Side Project, In Association With Prism Sound, Names The Date for Its 2016 Awards