While most books that accompany documentaries simply repeat images and interviews from the film, Sound Explosion! Inside L.A.’s Studio Factory with The Wrecking Crew is a true companion to the popular The Wrecking Crew documentary film about the famed group of L.A. session musicians.

Written by prolific pop music historian Ken Sharp, the book is loaded with hundreds of personal photographs from within Wrecking Crew sessions for artists like The Beach Boys, Frank Sinatra, The Monkees, Paul Revere and The Raiders, The Association, The Mamas & The Papas, and many more. It also makes use of dozens of interviews with musicians and artists who tell the stories of the fabled sessions themselves. Sharp conducted most of the interviews himself over a five-year period, which are supplemented by some interviews from documentary director Denny Tedesco, the son of Wrecking Crew guitarist Tommy Tedesco. Players including Tedesco, drummer Hal Blaine, bassists Carol Kaye and Joe Osborn, guitarist Glen Campbell, keyboardists Larry Knechtel, Leon Russell and Don Randi, trumpeter Herb Alpert, and many others offer a true insider’s experience in remembering their work with producers Brian Wilson, Phil Spector, Billy Strange, Al De Lory, Bones Howe and others.

The book is only available through the film’s website: http://store.wreckingcrewfilm.com. 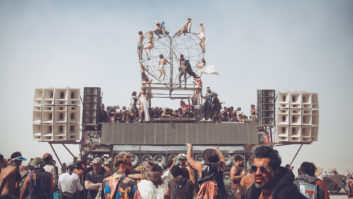