On location for Lost, with the plane crash that started it all

Consistently scoring in the Top 10 on the weekly ratings lists, the hit show Lost is, along with Desperate Housewives, a major component of ABC Television’s prime-time resurgence. Developed by Alias creator J.J. Abrams and Damon Lindelof (Crossing Jordan), Lost is an eerie offspring of Survivor and Twin Peaks that’s both sucking in viewers and awards, including two 2005 MPSE (Motion Picture Sound Editors) Awards for Sound Editing.

The plot? Action, quirky characters and interpersonal conflict coalesce when a plane crash strands 48 survivors on a tropical island. There, threatened by mysterious forces, they have to learn to work with each other to survive.

Wait a minute. That sounds kinda like what’s been happening with the sound crew: The production mixers in Hawaii — recording in muddy jungles and on a beach next to roaring surf, a highway and an airport — and the multiple editors and mixers back in L.A. who, ensconced on a computer-filled dub stage, turn out feature film-quality sound on an abbreviated TV schedule.

“Because there are so many flashback sequences, the show goes everywhere: from the outback of Australia to a Kmart parking lot in Los Angeles,” says sound supervisor Trevor Jolly, sitting behind his Pro Tools screen at Buena Vista Post Production Room 6, the Burbank, Calif., dub stage where, during a three-day period, Lost‘s weekly episodes are mixed. “There’s always a new location to deal with. We never know where it will be and it’s mostly all exteriors; no controlled interior sets for us!”

The music department, headed by composer Michael Giacchino (The Incredibles), has the same frantic time frame. Notoriously tight scoring schedules are the norm for a TV series. What’s not the norm is using live orchestra. On the day I visited Room 6, the crew was working with orchestral music recorded the day before at Hollywood’s Capitol Studios. “The show’s creators are impressively knowledgeable about sound and music,” says music editor Mike Andreas. “They really care about having live orchestra, which they also use on Alias. They understand the difference it makes. It’s been 10 years since the live TV score went away; now, these guys are making it happen every week.”

Ultimately, six stereo music pairs end up on the dub stage: generally one each for orchestra, harp, live percussion, synthesizer keyboards, percussion and “scary noises”; end credits and main title music; and source cues and “big boomy stuff.” The stereo score is adapted for 5.1 using Dolby’s Surround Tools plug-in, as are the backgrounds.

Music, monsters, waves, jungles, detailed flashback backgrounds and 40 to 45 scenes per hour-long episode — no doubt about it, Lost is acoustically dense. “We use everything we get from Foley, ADR, SFX and production,” says SFX/Foley mixer Frank Morrone. “We’re creating everything from scratch and each sound moment has a lot going on. Our SFX editor, Marc Glassman, may be the hardest-working sound editor I’ve worked with on a show. He’s constantly updating and has a room next to the dub stage where the executive producers can audition sounds.”

Production sound for Lost (see sidebar below) battles numerous elements that sound editors in general hate (e.g., surf), including the fact that the main beach location is adjacent to an airstrip and a highway. “My new best friend is my CEDAR DNS 2000 Pro Tools plug-in,” asserts Weber. “I can automate the parameters and it’s amazing for taking out rumbles, waves and, even in rain sequences, 60 to 80 percent of the noise. It’s a credit to [executive producer] Bryan Burk that he wants to use as much of the production [dialog] as possible, so we spend extra time making it intelligible.”

“In most cases, however, we still have to cover it with ADR,” adds Jolly. “It takes quite a long time to get the dialog in shape, which is our base for everything else.”

Lost sounds and looks sharp. Original footage is shot on 35 mm and the show is broadcast HD in 5.1. “Our producers, especially J.J. and Bryan Burk, really love sound,” says supervising sound editor Tom de Gorter. “Back as far as the pre-production meeting for the pilot, J.J. mentioned that they’d designed specific shots just for sound — for example, in the pilot, when one of the characters runs past the downed still running, jet engine of the crashed plane.”

Four Pro Tools systems — one each for dialog, music, Foley and SFX — distribute approximately 100 tracks to the AMS-Neve Logic 2 console. There’s no time for predubs or submixes. Onstage, the editors and mixers can access each other’s computer systems and a common network. According to de Gorter, the team strives to improve communication efficiency, using, among other tools, iChat and Instant Messaging. “It’s fast, it’s free, you can drag-and-drop files without compressing them,” he points out about Instant Messenger, “and it doesn’t choke on large files like e-mail can.”

Lost‘s hybrid mix setup was facilitated by Buena Vista VP of post-production Gil Gagnon, who also assembled the mix team. “Normally, you get all of your sources from Pro Tools and use a Pro Tools control surface,” explains Morrone. “Or you mix in the traditional way, taking your Pro Tools sources through a large-format film console. We’re mixing on a digital film console, but we’re using two Pro Tools systems — set up on the console’s sends, returns and master faders — for all of our plug-ins.”

“Both Frank and I have 32-channel HD systems loaded with every conceivable plug-in that serve as outboard gear,” continues Weber. “It’s the only way to fully automate all the parameters. But we’ve also got the horsepower of a traditional console for monitoring, routing and machine control, with EQ and sends on every channel at our fingertips so we can work really quickly.”

Re-recording is to multiple machines: 24-track stems to a Tascam MX-2424 and 5.1 and 2-track mixes to a Tascam MMR-8, with duplicate machines running as backup.

Broadcast transmission processing is often the downfall of what was, on the dub stage, a great mix. Determined to avoid problems, Lost‘s mixers and editors took a field trip to ABC’s engineering department where they reviewed the components of the compression chain and debated how to optimize their mixes for transmission.

Now, with an official ABC stereo broadcast meter on the stage, they apply their own final compression to the mixes, a combination, according to Weber, of “the container on the Dolby DMU [Digital Mastering Unit], which slows it down, and a Waves L2 as our brickwall limiter. It’s not just level. They also use pre-emphasis/de-emphasis frequency compression that affects the high end. A high spike can crush the whole signal so we’ve modified our chains, using a de-esser like you would on voices to roll things off at certain frequencies on the Foley and sound effects.”

“We had to make sure,” points out Morrone, “that what the producers hear on the stage is exactly what they hear on air. I think we’ve achieved that. [Co-producer] Ra’uf Glasgow, who’s very detail-oriented, screens every show on air and agrees that it’s translating very well. We’ve also heard from other mixers, asking how we manage to get so much dynamic range on the program. Coming from peers, that’s a real compliment. In television, it’s traditional to mix for 5.1 and to accept whatever happens to the stereo fold-down. But we work very hard to get the 2-track sounding as dynamic as possible.

“Gil Gagnon was instrumental in bringing Scott and I together as a mix team,” Morrone concludes. “He and his team also provided us with a top-notch facility and gave all the tools and support we need to deliver a great quality product under a tight schedule.”

[Richard Lightstone served as production sound mixer on location for the first 14 episodes after the pilot. — Eds.]

Without a doubt, these were the most challenging shows — physically and mentally — that I’ve faced in my 25 years in production sound. Although we had the luxury of an extended schedule and budget (26 days at a [reported] cost of about $12 million, unheard of for a TV pilot), Mother Nature threw as many curves at us as she could.

The first weeks of shooting were on jungle sets. My crew — Joe Michalsky, Chris Wieking — and I stepped out of the van into pouring rain and knee-deep mud. We had to get our gear out of the trucks and down into a ravine below the roads where we shot our big chase scenes with our unseen monster, along with interiors and exteriors of the plane’s cockpit. The script called for pouring rain, so on top of the natural jungle rain, the special effects teams ran arrays of water towers and fire hoses as soon as J.J. [Abrams] called “Action!” The tremendous sound of all this water hitting the trees and the water already on the ground — plus the water trucks running at full speed to pump the water to the hoses — precluded using boom mics, except in situations where actors would yell loud enough to be heard.

We’d brought a selection of several different lavaliers (Sennheiser MKs, Sankens, Countryman, Trams) to use with our Lectrosonics MM400A miniature digital water-resistant (to a point!) transmitters and our Lectro UM400 digital transmitters. After some experimentation, we decided on Sennheiser MK Platinum lavaliers wrapped in acousti-foam with a layer of fur over them. They gave us the best protection from the elements and better sound with less clothing noise.

Then it was on to the Coconut Palm farm as the survivors searched for the cockpit, where the cast wove through many years of dead palm fronds, crunching with every step. Fortunately, the rain had stopped and we could expose the lavaliers for a more natural presence. Finally, we reached the beautiful beach at Mokuleia, on the northwestern shore, where we filmed most of the rest of the first few episodes. Ocean on one side, rolling jungle on the other: We sighed with relief that we no longer had to carry our gear in the mud and rain.

There were, however, new challenges. The beach was only long enough to place the fuselage and a little bit of scattered luggage and body parts. We were no more than a few feet from the water line and, in fact, the tide came in and washed over about half the set.

Everything we recorded had the sound of surf crashing on the beach in the background, along with the occasional sounds of light aircraft landing at Dillingham Airfield, just on the other side of the road. The North Shore waves were big and loud, making it difficult to match ambience from shot to shot. We had to be careful not to make drastic movements on the booms (Sennheiser 816s) or we’d hear a dramatic shift in background. We often used radio mics along with the booms and put them on separate tracks of the Deva to give our post team the option of pulling what they needed to drop in.

Finally, the payoff: We packed up and went to one of the most beautiful places on Earth, Kualoa Ranch, where Jurassic Park was shot: beautiful, green valleys surrounded by jagged mountains, all overlooking the picturesque Pacific. We buried the generator in a ravine below us and enjoyed almost perfect recording conditions. Winds were calm and we were half-a-mile from the ocean, able to point the shotguns in any direction and hear our actors from more than 10 feet away with no problem. We only had to use our radios for the wide establishing shots.

All in all, we were able to use about 95 percent of the production tracks on the pilot episodes, quite a feat considering the environment in which we shot. Still, I wouldn’t trade that environment for any other shooting location in the world! 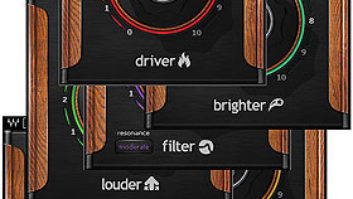 THE INSTITUTE OF PRODUCTION AND RECORDING HOSTS â€œCONTENT UNDER PRESSUREâ€?