Jennifer Hudson’s performances as Aretha Franklin in Respect were all sung live on set, and they are stunning. But there is so much more that goes into producing the sound for a series of performances that chart the rise, fall and rise again of the Queen of Soul. First-time director Liesl Tommy introduces Aretha as a 10-year-old girl singing in her father’s living room, then follows her into churches and clubs and eventually into Madison Square Garden for the debut of “Respect.” Here, executive music producer Stephen Bray, music editor Suzana Peric and re-recording mixer, Paul Hsu talk about the setup on the set, challenges of integrating song and score, and beauty of the performances as captured on film.

Check out ALL the Mix Sound For Film Awards Season Shortlist Panels! 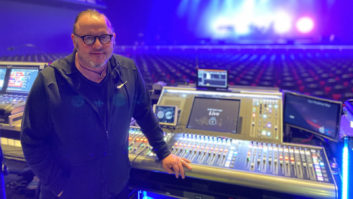