Ahead of the Curve

Five new compression curves join Pro-C 2’s legacy Clean (feedforward), Classic (feedback) and Opto selections, all accessed from the Style menu in the extensively redesigned GUI (see Fig. 1). The Vocal algorithm uses automatic ratio and knee settings to move the money track forward in the mix. The Mastering compression style is designed to be as pristine as possible but fast enough to attenuate transients. The Bus selection adds glue to full mixes and subgroups. Selecting Punch reportedly yields analog-like compression. The Pumping selection suggests use on drums and EDM productions.

You can dial in up to 20ms look-ahead detection. An innovative Audition Triggering function helps you set the optimal threshold by passing to the output only those portions of the audio that are being compressed.

Pro-C 2 provides a continuously variable slider that adjusts the knee from 0 (hard knee) to 72 dB (soft knee); very high settings and fast attack times produce saturation-like effects. The new Range slider sets maximal gain reduction from 0 to 60 dB, and the new Hold slider maintains peak gain reduction for up to 500 ms before the compressor’s release phase kicks in. Pro-C 2’s Mix control can be set as high as 200 percent to double the amount of dynamics processing compared to the nominal amount.

As in the original Pro-C, Pro-C 2 provides internal and external sidechain inputs and an audition function that lets you hear the detection signal (after any internal filtering or channel-linking adjustments are applied). Pro-C 2’s other sidechain controls have been streamlined. Gone are the separate (and confusing) gain and pan controls for each channel (left and right, or mid and side) that adjusted respective levels and trigger sources for channel linking. Instead, one gain control adjusts the level of the sidechain signal—no matter its source—that feeds the detector.

The selection of internal sidechain filters has been greatly expanded in the new release. In addition to the legacy HPF and LPF, a new mid-band filter can be configured to provide bell, low-shelf, high-shelf, bandpass, notch or tilt equalization. When the mid-band filter is set to Auto mode, it automatically and progressively provides boost between the LPF and HPF as their corner frequencies approach each other. With the LPF and HPF corner frequencies nearly on top of one another, this creates an equalization curve reminiscent of the Matterhorn’s profile; as you can imagine, such a setup makes Pro-C 2 much more responsive to triggering at a very specific frequency of your choosing. The HPF and LPF have also been updated to offer independent bypasses and a selection of nine different slopes, ranging from 6 to 96 dB/octave. Pro-C 2’s GUI can be collapsed to hide all sidechain controls, and doing so bypasses their effect (preventing hidden settings from unintentionally shaping compression).

The plug-in’s I/O and gain-reduction meters have a much wider range, are much easier to read and show both peak and loudness levels; the loudness levels comply with the Momentary mode of the EBU R128/ITU-R 1770 standards. You can limit the meters’ range to as little as 9 dB for mastering. The GUI offers three interface sizes and a beautiful full-screen mode. Retina (for OS X) and high DPI (Windows) displays are supported.

My most ambitious test of Pro-C 2 was on a rock mix that had explosive reverb on the snare drum track. The reverb competed too much with lead vocals but sounded appropriately loud during all the instrumental breaks. The solution was to use Pro-C 2’s M>S sidechain mode (linked 100-percent) to make the vocal in the mid channel trigger compression in the side channel (thus lowering the reverb’s level only when the vocalist sang). Guitars and dry snare drum—almost as loud as vocals in the mid channel—made it a challenge to ensure only the vocal would trigger compression. Auditioning the sidechain signal helped immensely with fashioning the precise threshold and sidechain filtering required to accomplish the task: Boosting 600 Hz over a narrow 300Hz bandwidth and rolling off all other frequencies—and using a 250ms attack time—kept snare (and kick) hits from triggering compression, while passing vocal signal in the sidechain. I used Pro-C 2’s new Mastering style, a very hard knee (to define precisely the threshold and weed out guitars), and infinity:1 ratio and 1dB range (to produce consistently mild gain reduction). A 2.5-second release time kept the side channel’s level from pumping during short gaps in singing. Problem solved! Just remember always to consider the tradeoffs—potential collateral damage to other stereo content and imaging instability—when using M/S techniques such as this.

On stereo room mics for drums, the new Pumping compression style produced explosive, hyperventilating tracks. I first dialed in the hardest knee and highest ratio and range possible. I unlinked the left and right channels to deliberately destabilize the stereo image and applied over 13 dB of tilt equalization in the sidechain—boosting below and cutting above 840 Hz. A 0.005ms attack time and 100ms release made the drums pump like a jackhammer!

These are just some of the many applications where the highly versatile Pro-C 2 excels. The most full-featured and powerful wideband compressor plug-in available today, Pro-C 2 is a terrific product. And the price is right! 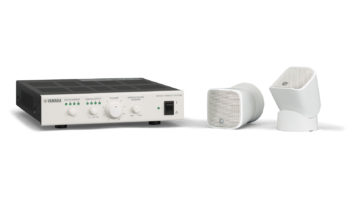