A visit to PMC Studio London was all it took to convince online mixing and mastering specialists Audio Animals to install PMC monitors in its new state of the art Dolby Atmos mixing studio.

The company’s owners, cousins and engineers Paul Ashmore and Nick Burchall, were so impressed by the demo that they immediately ordered a PMC system comprising 15 Ci Series monitors. These have now been installed in 9.1.4 configuration that fully meets Dolby’s specification for its Atmos immersive audio format.

“We chose PMC because we were quite simply blown away by the quality of what we heard in the company’s new London demo facility,” Paul Ashmore says. “I was amazed by the sound quality and said to myself if I get this sound in my own studio, that would be incredible.”

Ashmore adds that a second reason for choosing PMC was the size and, in particular, shallow depth of the Ci Series product range.

“I needed to ensure that our new room met all the required Dolby Atmos measurements and specifications,” he explains. “The Ci Series was perfect for our room because they aren’t as deep as speakers that sit onto stands, so we were able to build more acoustic treatment into our walls. They also look amazing and with the wall mounted speakers, plus two Ci 140 subs either side of the centre speaker, you have a 7-speaker wall of sound in front of you that has some serious punch.”

Established in 2012, London-based Audio Animals is renowned for delivering high quality mixing and mastering to artists around the world. Its clients include artists such as French Montana, Flo Rida and George Ezra, as well as numerous Hollywood films such as Aladdin, X-Men, Frozen 2 and Avengers 4: End Game.

Ashmore says that investing in a Dolby Atmos mix room was an easy decision to make once he realised the creative possibilities for mixing music in this immersive audio format. He was inspired by Dale Chapman from SX Pro who took him to PMC Studio London for a demo.

“The first song I listened to was Imagine Dragon’s Believer,” Ashmore says. “I know the song well as it’s one of my daughter’s favourites but after hearing it five times a day for months I was pretty bored with it. However, when the Atmos mix started playing I instantly thought OK, this is new, this is interesting. Then, when the chorus came, I was engulfed in an overwhelming explosion of emotion that was like nothing I had ever known. Now I’m a guy, I’m hard as nails, I don’t cry, but I stood there in this room holding back tears. I was blown away.”

Dale Chapman adds that PMC was an obvious contender for the Audio Animals monitoring system because it has products that ideally suited the dimensions of the new mix room.

“SX Pro have a great and long relationship with PMC,” he says. “Their monitors are respected and preferred by the best audio engineers across the world so it made sense to specify PMC’s Ci series to Paul. Choosing PMC is always a safe bet, and it was obvious to me that the Ci series was going to work very well in the new Audio Animals Atmos studio both physically and sonically. Once I calibrated and commissioned the room as per the Dolby spec, I must say even I was deeply impressed with the incredible fidelity and dynamics that the Ci series is capable of. I should add that the Audio Animals guys did a fantastic job building the room; the measurements I took showed it to be one of the best rooms I have ever seen acoustically and, of course, I don’t need to say anything about the jaw-dropping aesthetic.”

Investing in a new format inevitably takes a leap of faith but Paul Ashmore says the business case for building the new mix room was in fact easy to make following Apple’s announcement that it was committed to spatial audio formats such as Dolby Atmos. He knew this would quickly fuel demand for mixing facilities that could offer it and he wanted to be ahead of the curve.

“We saw this investment as a calculated risk,” he says. “Also, because we handle a lot of film and TV projects, I knew the Atmos system would appeal to those clients, too.”

Audio Animals spent two weeks on the studio build and the room is now up and running and already attracting Atmos music mixing projects.

“We are delighted with it and absolutely love our PMC speakers,” he adds. “You just can’t go wrong with PMC. There is a reason they have been in the business for so long and are known as one of – if not the best – speaker brands in the music industry. Their speakers are seriously good. They sound amazing and are so well built. We are really pleased to have chosen PMC.”

About PMC
PMC is a UK-based, world-leading manufacturer of loudspeaker systems, the tools of choice in all ultra-critical professional monitoring applications and also for the discerning audiophile at home, where they provide a transparent window into the recording artist’s original intentions. PMC products use the best available materials and design principles, including the company’s proprietary Advanced Transmission Line (ATL™) bass-loading technology, cutting-edge amplification and advanced DSP techniques to create loudspeakers that present sound and music exactly as it was when first created, with the highest possible resolution, and without coloration or distortion. For more information on our clients and products, see www.pmc-speakers.com. 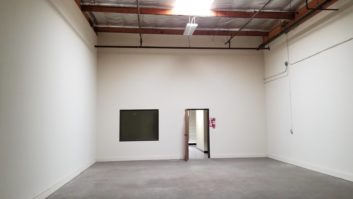