Pictured at Bernie Grundman Mastering are (L-R) Porterhouse Records president Steve Kravac, “X” co-founder John Doe, and mastering engineer Brian “Big Bass” Gardner. Photo by David Goggin.
John Doe of the proto-punk group “X” joined Porterhouse Records president Steve Kravac and mastering engineer Brian “Big Bass” Gardner for the re-mastering of 1981’s “Wild Gift” at Bernie Grundman Mastering. The album was praised by Rolling Stone magazine as “the finest American punk album ever.” “Wild Gift” has long been considered one of the most significant recordings of its time and stands as a testament to the originality and creativity of the Los Angeles quartet.

In 1981, the group released “Wild Gift,” which has been out of vinyl print for over 15 years. For the remastering at Bernie Grundman’s, original 1/4″ analog tape stereo masters were used for re-mastering at today’s highest standards using Grundman’s vintage cutting lathes. The 12″ LP features 180 gram premium vinyl with original artwork and lyric sheet reproductions as per the original Slash and Elektra releases.

The band’s label, Porterhouse Records has created a new imprint, Prime Vinyl, specifically for the release of legacy artists and out-of-print classics in the 12″ vinyl format. “Wild Gift” will be in stores on October 6, followed in spring 2010 by 1982’s “Under the Big Black Sun” and 1983’s “More Fun in the New World.” All four original members of X are overseeing the re-issues with the help of Porterhouse Records president Steve Kravac. 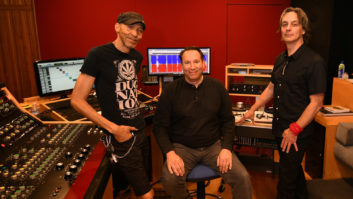