M80 Dynamic Mics on the Road; U47 Condenser in the Studio for Vocals

Pictured is Tom Petty with the TELEFUNKEN M80 dynamic microphone.

Tom Petty and the Heartbreakers are celebrating their 40th Anniversary this year with an extensive tour schedule including shows across America, Canada and in London, England. The tour continues through September 25. Veteran FOH mixer Robert Scovill was tapped for this historic tour and his vocal mics of choice are TELEFUNKEN M80 dynamic microphones.

A six-time TEC Award winner and two time Parnelli Award winner with more than 3,000 live event mixing credits, Robert Scovill has tackled FOH for Tom Petty and the Heartbreakers, Matchbox Twenty, Prince, Rush, Def Leppard and Alice Cooper, among many others. When not behind the mixing desk, he serves as Senior Market Specialist for live sound for Avid Technologies spearheading their live console and recording efforts.

Concert sound mixer Scovill commented, “I’ve been using the Telefunken M80 on vocals for a few tours now and am constantly impressed with both how consistent they are show to show with Tom and The Heartbreakers, coupled with their reliability and durability. The 80 is a really wonderful vocal and instrument mic, nothing less than I would expect from a company with the pedigree of Telefunken.”

Petty and co-producer Ryan Ulyate completed multiple albums with The Heartbreakers, Mudcrutch and others where Petty uses a TELEFUNKEN U47 large diaphragm condenser mic when recording.

Musician, singer, songwriter, multi-instrumentalist and record producer Tom Petty has sold more than 80 million records worldwide, making him one of the best-selling music artists of all time. In 2002, Petty and his band The Heartbreakers were inducted into the Rock and Roll Hall of Fame. Tom Petty And The Heartbreakers 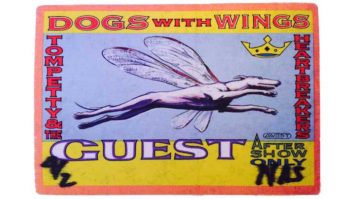