SECOND TIME AROUNDWhen Sully Erna called Andrew “Mudrock” Murdock to say he had “a band called Godsmack and a little money” with which he wanted to record at Mudrock’s New Alliance Studio in Boston, no one entertained the thought that a $3,000 indie CD would go on to sell more than 3 million copies. When it came time for the band to record their follow-up, Awake, they turned to Mudrock for production and engineering assistance. Again, Mudrock was caught by surprise.

“I didn’t have much contact with them throughout the run of the first record,” he notes. “We’re friends, but it was largely a business relationship, and we live in different cities. I mixed a couple of live things for them for radio broadcasts. Any conversations we had, they said, `We’ll bring you back for the second album.’ I thought, `Right; not in a million years.’ Then I got the call: `It’s time to do the second one.’ During the time they’d been growing as a band, I was growing professionally. I mixed some serious records, produced a band with Steve Jones. I knew Awake would be a high-stress situation. I was happy to do it, but I also knew it wasn’t going to be done in the same painless manner as the first one.”

From start to finish, making Awake was a four-month process. Mudrock again co-produced with vocalist/songwriter Sully Erna, the creative leader of the group. The other bandmembers are guitarist Tony Rambola, bassist Robbie Merrill and drummer Tommy Stewart. The Boston-based group opted once again to record in their home town, choosing the Haverhill, Mass., studio River’s Edge Productions; it’s in a former warehouse in an old mill, on the floor above a boxing club. “Picture this old, wood building in a brick shell with 12-foot ceilings,” says Mudrock. “You see beams and wood over beams, and that wood is the wood of the floor above. What do you use in a boxing club? Punching bags attached to the ceiling. We could hear them yelling, hear the bags moving; we could tell which radio station they were listening to. Although the space was huge, the equipment wasn’t much – just a Mackie board and ADATs. I bought a Pro Tools rig and picked a mixing console [a DDA DMR12] for the studio to buy. I also rented some outboard gear from a friend. We spent six weeks recording straight to Pro Tools and then took a month off for the band to do a small tour.”

For Rambola, working locally was ideal. “There were no distractions,” he says. “We went in every day like a full-time job, from noon to 7 p.m. It was routine. I like being home, sleeping in my own bed at night. For the first record, we had no money. This time we had the dough, but we wanted to keep the same groove, feel and vibe, do the same thing on a bigger scale. We worked hard and did it all ourselves – same people, same ingredients, just better gear this time. We spent a month-and-a-half to two months writing, jamming, doing pre-production, and the record probably took two months. It might have been less.” Mixing was done in North Hollywood at NRG Recording on an SSL 9000J.

Reuniting with Godsmack after their nonstop touring, Mudrock found “a much tighter band. For one thing, they had a drummer. Sully played drums on the first record. The biggest difference was that they were all more mature. They’d lived some in that couple of years, Sully especially. Godsmack is very much his vision. As engineer and producer, my role has always been to realize Sully’s vision, because he has such a clear idea of what he wants.”

Rambola agrees: “Sully is such a perfectionist; he wanted the exact groove, the right performance. A lot of leads I did, I’d see him giving me the thumbs down through the window, but he’s a quality-control guy. Sure, it was like pulling teeth to get the tracks right. But it’s good; it’s all for the better of the record.”

Godsmack’s determination not to tamper with the essence of their success – raw vocals, Black Sabbath-influenced riffs, pounding rhythms – kept Awake remarkably under budget. “We only used a quarter of it by not renting a big, big studio or hiring a big-name producer,” Rambola says. “We tried to keep it real, because that’s what has worked for us, so why f – it up? Sully has had a real good idea and focus of the sound he wanted since the beginning, and bringing in someone from the outside could have spoiled it.”

The project took four times as long as the debut, which was recorded and mixed in four weeks. “The methodology was completely different from my end,” says Mudrock, “because we weren’t using my studio [New Alliance is now run by his partner, Alvan Long, since Mudrock relocated to Los Angeles] and we recorded into Pro Tools. I didn’t even own a Pro Tools rig on the first record. It made things better in terms of when you record onto tape, once you record a track, it’s stuck on that reel. If you want to make changes, you have to play it to EQ it, compress it. It’s very old-school and traditional. In Pro Tools, the track is laid out for you on the screen, and there’s so much more you can do. I use Pro Tools as a recorder and editor to tighten guitar mutes, make sure there are no stops or crackling. On the first album we had to jump through flaming hoops to do that.

“I missed the sound of a tape machine on the drums,” he admits. “In a perfect world, I wanted to use a 24-track and transfer that to Pro Tools, but doing so would have entailed buying a $30,000 24-track and using it once. A tape machine compresses everything. The makers would hate for me to say this, but a tape machine mangles the sound and definitely changes it. One of the largest ways analog tape machines change sound is to compress things in a way you can’t get from putting a compressor on a track. Tape makes the round edges softer and fuzzier, particularly on drums. It gives them a fatter sound. I’ve gotten much more used to Pro Tools now, but Sully says that on the next record we do, he wants tape.”

Rambola was also new to Pro Tools, but became a quick supporter of the technology. “You can actually see the music,” he says, “so if you need to fix something, you can do it right there, fix the levels. It’s cool. We didn’t abuse it, though. It’s handy for certain things. I could record 50 guitar solos, see them and twist them.”

With the band recording live in a warehouse, the process was very simple, he says. “We would jam and get parts, then overdub and put leads on. There’s no big secret. We only have three instruments! We were always experimenting. For the guitar leads, we were winging it and experimenting with things as we were going. The beginning of `Spiral’ was a really cool guitar sound. It was Sully messing around, plucking notes in the rhythmic pattern of the song. It came up and became part of the track. Spontaneous things happened and ended up on the record.”

One would think that the blood-curdling emotions of Godsmack’s music and lyrics don’t lend themselves to multiple takes, but capturing the spontaneous mood presented its own set of challenges. “Some songs came out very easily,” Mudrock says, “but the big thing, obviously, was getting an exciting performance. Because some of the songs were so new, they were still learning to properly represent them. Some they had played live, so those came very easily. Some we started over three or four times. Some required 20 or 30 takes.”

Mudrock’s miking scheme was fairly straightforward. Guitarist Rambola’s Mesa/Boogie amps were miked with a Shure SM57 and a Sennheiser 421, and then the signal passed through John Hardy M1 preamps and a Manley Massive Passive EQ. All vocals were cut using a Shure SM58 through a Manley VoxBox. “Drums were set up in a 150-foot-long wood room and miked with mostly Neumann and Shure mics,” Mudrock says. “The room mics are different from song to song as we were experimenting.” Other gear used on the sessions included Manley compressors, EQs and mic pre’s and various items from Mudrock’s traveling FX rack: an Alison Labs passive filter, Roland 555 tape echo, Lexicon PCM 70, Eventide 949, a Sansamp, Electrix Filter factory, Deltalab Effectron, MXR flanger/doubler and a Loft 450 analog delay.

Mudrock’s credits cover a spectrum of genres, from the heaviness of Godsmack to progressive rock to the jazz sounds of British artist Django Bates. For 10 years, he has owned his studio where, he says, “You record anybody who rings your doorbell.” He has also toured as a sound engineer and mixed a variety of projects. Production, he says, comes down to two schools: “I see two ends of the spectrum. One is George Martin, the consummate example of the musical producer, changing the song, making arrangements, bringing in a string section. The other is Steve Albini, who refuses to let himself be called a producer. Despite what he says, I think he’s a producer, because when you listen to a record he did, you know it’s him, which brings us to…

“My role with Godsmack comes more from an engineering aspect, because Sully writes the songs and knows what he wants. Since he’s a producer as well, I’m not going to tell him to change his songs around, which I often do with other bands. There are times when he asks for my opinion musically, but part of it for me is to let go and let him take care of that. I didn’t make any musical arrangements or changes, but when I listen to the finished product, I feel my personality comes through.” 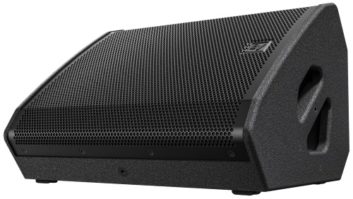