Recent history shows that however saleable a new entertainment delivery format may appear to manufacturers and industry pundits, the factor that usually determines success or failure is a rush of consumer enthusiasm. The average consumer generally buys into a new format not for the technology itself, but rather because there is some “must have” blockbuster title on hand to spur the upgrade. Just as in the early ’80s, such sonically seductive music titles as Brothers in Arms, Graceland and Avalon boosted sales of CD players, the current growth of DVD player sales is accelerated by the DVD releases of such recent films as The Matrix and Fight Club.

Eager to find and market the first DVD-Audio blockbuster, the record companies have scoured their vaults for proven titles that can be re-issued in surround sound. Coincidentally, as music industry giant Universal began to look for a title to spearhead its DVD-A marketing efforts, Peter Frampton began pressuring the label to remaster his entire catalog. Not surprisingly, discussion soon centered on a surround sound re-release of Frampton’s landmark concert album, Frampton Comes Alive.

As it happened, Frampton was already a fan of the new format and recently completed work on a surround sound DVD, Live in Detroit, with Chuck Ainlay, one of the new format’s foremost remixing engineers. Universal quickly agreed that a 5.1 DVD-A re-release of Frampton Comes Alive would not only celebrate the 25th anniversary of the biggest selling live album in music history, but might also fuel consumer acceptance of the new medium.

“Peter and I have been talking about doing this for some time,” says Chuck Ainlay. “A year ago we did the Live In Detroit DVD. We began talking then about how it would be great to get the old multitracks out and remix the Frampton Comes Alive. We kind of just pursued it, and it happened. Since we got into it, the Emerging Technologies Department of Universal got wind that we were actually doing a 5.1 remix and that I was doing it, and they’ve become really excited to make this a DVD-A release.”

FINDING THE TAPES
As with any re-release project, the first task was to assemble the tapes. Bill Levenson, senior VP of A&R, Catalog Development for Universal Music Enterprises, located the original multitracks and had them sent to Ainlay. “Four shows were recorded and used on the original album, but there had to be another five or six shows recorded,” says Levenson. “I sent them everything, which was over 40 reels of tape. It was a mammoth job just getting them all in one place.”

Locating the scattered multitracks was only the beginning. Not only were the 25-year-old tapes spread out geographically, but many had been stored in a less-than-perfect environment; a number of the tapes needed work just to get them in playable condition. The original recordings had been made on Ampex 406 and 407 and Scotch 206, all recorded at 15 ips with Dolby A, and, while the Scotch tape was no problem, the Ampex reels required some serious work. “I think there was only one reel that we didn’t have to bake, but all the other 40-some-odd reels of 2-inch tape had to be baked two or three times before we could get them to play,” recalls Ainlay. “These are treasured items to us, so we were very conservative on our baking temperature and times. We didn’t want to over-bake it so that the oxide would just fall off.”

IN THE STUDIO
Working at Backstage Studios, Ainlay’s private studio within Nashville’s Sound Stage facility, Ainlay routed the original tracks from a Studer multitrack to the SSL Axiom-MT’s A-to-D converters and then into the 24-bit RADAR system. This setup allowed Ainlay the flexibility to add new material if necessary and eased the job of repairing analog dropouts and matching material from different shows. (Though most of Frampton Comes Alive was recorded 24-track at San Francisco’s Winterland, some tracks were recorded on 16-track at other venues.)

For example, on one of the Winterland multitracks, the edge track on which an audience mic had been recorded was full of dropouts. Fortunately, a total of four audience tracks had been recorded, so Ainlay was able to use the remaining three tracks to create a surround environment. “The problem track was one of two stage mics pointing out to the audience,” says Ainlay. “What I had to do was use the one good stage microphone and create a phantom center and sort of spread that out with effects across the front so that it sort of had the same sort of surround effect that the two [distant audience] mics were giving me.”

For songs that had been recorded on 16-track, Ainlay had to re-create a surround audience from only two audience tracks. “That was one of the reasons why we used `canned’ audience to fill in gaps from song to song and make it sound like you didn’t leave one venue and go to another,” explains Ainlay. Similarly, Ainlay found that on the 16-track tapes drums had been grouped onto a stereo pair plus a separate kick drum track. “Toms are more out front in recordings today, and on these recordings, they were basically nonexistent on those stereo tracks of drums,” he recalls. “In fact, I don’t even know if they used separate tom mics – it may have just been overheads. So in order to get the tom fill levels up, I had to do major rides on those stereo tracks, just to make those toms sound like they were up at a proper level. You can imagine trying to make the drums fill out a surround mix with a pair of tracks. It is pretty difficult.”

Even on the 24-track Winterland recordings, some drum tracks were compromised, because in the excitement of performance, Frampton inadvertently knocked the kick drum mic out of position. “We had the old big dance band bass drum with mufflers on the head and the back,” recalls Frampton. “I think I tripped over the bass drum mic, and it ended up facing offstage.”

“I could’ve gone in and replaced all of the drums with samples and everything, but then it wouldn’t have sounded like the original album at all,” says Ainlay. “I used what was there and just tried to EQ it and compress it and rely on all of the tricks that I used to have to do 20 years ago.”

STRUCTURING THE MIX
The original tapes may have been something of a mess, but mixing the project was relatively straightforward. Thanks to the SSL console’s facility for making stereo and 5.1 mixes simultaneously, Frampton and Ainlay were able to create both stereo and 5.1 remixes of Frampton Comes Alive at the same time, an economy that pleased Universal’s Levenson and eased the workload for Ainlay and Frampton. To monitor in both formats, Ainlay used Backstage’s self-powered KRK E-8s with an M&K subwoofer and bass management crossover.

“My intention for this project was to provide the listener with a good seat in the house and not surround the listener with all the instruments. Rather, it was my intention not to redesign the idea of the original live record, but to try and enhance it and bring it up to today’s technology and then offer a 5.1 mix of it,” Ainlay explains.

One area where Ainlay diverged from the original mix was in the level of the audience tracks. “That audience must’ve been huge – you turn up the audience mics and it is like white noise. It must’ve been deafening there at the time,” Ainlay laughs. Though the audience interaction with the music helps create much of the magic on Frampton Comes Alive, Ainlay, Frampton and Levenson decided to lower the audience tracks slightly for the 5.1 mix. “The original album was a little over the top with the audience,” says Ainlay. “If you listen to the [original album], there is so much coloration from the audience mics being so cranked up that to make the remix sound good, we backed off a little bit. I wanted to keep that energy and vibe, but I wanted to also make it sound warmer and richer, with a little more contact with the source. We tried to not redefine what the record is, but we tried to bring it more up-to-date and have more power, and so there was slightly less use of the audience.”

“The remix makes you feel like you are really sitting at the mixing console, and that is the best seat in the house,” enthuses Frampton. “I’ve engineered a lot of my own stuff, and I mixed `Show Me the Way’ and `Shine On’ from the live record, because Chris Kimsey had to go off to another project. So it was quite interesting to hear someone else mix `Show Me the Way,’ and – what a bastard – he made it sound better.”

Frampton is particularly pleased with the way Ainlay used the 5.1 surround sound field to enhance an already historical musical document. “I think it helped to have a different perspective, someone who wasn’t involved in the original project,” says Frampton. “Chuck’s got such a great pair of ears, and he knows exactly what he is doing. It was great to hear the extra warmth that he gave to the instruments, warmth that wasn’t originally there on the tapes. When you really sit down in front of the speakers and you concentrate and do an A/B, you go `Wow!'” Frampton continues. “It feels like you are there at the show.”

In addition to the surround mix, the new DVD-A version features other value-added elements: There are four new tracks, three of which were from other concert recordings made that same year, and one live-for-radio session. The new tracks are “Just the Time of Year,” “Nowhere’s Too Far for My Baby,” “White Sugar” and “Day’s Dawing.”

And, encouraged by this first foray into mining its vaults, Universal is already looking at other candidates for future DVD-A releases, including The Allman Brothers Live at the Fillmore East, Layla by Derek & The Dominoes and Joe Cocker’s Mad Dogs & Englishmen. 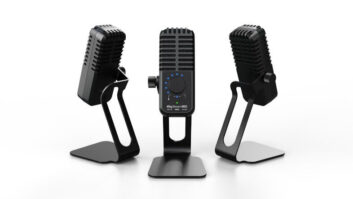