BROOKLYN, NEW YORK CITY – November 18, 2014: It’s not easy to bring something new to the music production scene, but BB4 Studios has accomplished just that. Shorthand for “Brooklyn Born Brooklyn Bred”, this just-launched Williamsburg facility is providing producers, engineers, artists, and labels with an innovative audio resource.

Built from the ground up as a brand new studio on Williamsburg’s famed Bedford Avenue, BB4 channels the artistic energy of its surrounding neighborhood into its precisely tuned space. A multi-platinum  engineer, producer, quality-control expert, as well as an accomplished studio designer, Tsantilis focused his decades of audio experience into making BB4 a first-choice room for honing the best possible mixes and masters – accomplished via thoroughly modern workflows within a welcoming environment.

The goal with BB4’s design was straightforward: Make a neutral room with as flat a sweet spot as possible. Only the highest-grade acoustical treatments and wiring were specified, combined with a custom mastering-style console outfitted with elite dynamics, EQs, and effects gear, plus a huge collection of plugins.

“Once upon a time, mix rooms and mastering suites were built to the same specs,” Tsantilis points out. “But at some point mix rooms had to get bigger, to accommodate the larger tracking consoles that were being brought in. The BB4 approach gets mixers back into a room that’s optimized for accuracy – this is a mastering-grade environment where they can mix. Having this purpose-built environment provides an extreme upgrade in your ability to hear the music, and make much more informed decisions.”

Freelance producers, mixers, and mastering engineers alike will feel well-supported at BB4, which provides an assistant engineer for all sessions.  With the gear selection that’s on hand, audio professionals should feel immediately inspired to get to work on their sounds.

Outboard is extensive without being overwhelming. Compressors include dual RAD 4K-CS SSL’s, Manley SLAM!, Tube-Tech CL 2A, Alan Smart C2, TK Audio BC1, and custom 1176. EQs include four channels of Vintech 473, API 553, Nightpro EQ3-D, and a Weiss Eq1-LP/DYN combo. An Orban Stereo Synthesizer model 245e and classic Yamaha Spx90 are on hand for outboard FX. A Manley 16×2 tube mixer is available for summing.

For tracking and overdub sessions, microphones include a Manley Reference, stereo Audio-Technica ATM450’s, and a Shure SM7B. Mic pre’s are populated by the likes of four Vintech 573’s, two API 512c’s, and a stereo Melcore AML-27. Hardware can also be swapped in and out at a visiting engineer’s request.

While the emphasis is wholly on the music, BB4 is a comfortable place to work for hours at a stretch. A couch is behind the mix/master position in the main room, while a well-appointed lounge completes the experience for all clients and artists in attendance. The vibe is minimalist and stylish at the same time, deleting distractions while maximizing creative inspiration.

BB4 realizes Rafael Planten’s commitment to converging audio and art on a Brooklyn block that he loves deeply – he was literally born in the building whose ground floor the studio occupies. His room doesn’t just fill a need in New York City’s densely crowded studio scene, it creates a new category. That makes BB4 Studios bigger than just another business: it’s a way of contributing to the community, the local economy, and global music.

“Sound makes a difference in people’s feelings,” Planten says, summing it up. “If you’re hearing something good, it will feel good.” 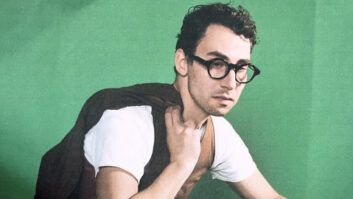