BUENA PARK, Calif.—Christ the King Church in Bellingham, Washington recently completed an overhaul of its sound system, awarding the installation contract to Clarity Media Group of Portland. Clarity provided the best solution for the task at hand, outfitting the 1,500-seat church with a 20-box NEXO GEO S12 line array.

“The church wanted a system capable of accommodating a worship service and in addition, have rider acceptability to bring in concerts,” states John Harrel, project manager, Clarity Media Group. “The NEXO GEO S12, consisting of eight S1210 boxes per side, is configured as an LCR and was chosen based on its smooth, even coverage as well as its musicality and output. Our client wanted a center cluster rather than front fills and flown subs, so we recommended four GEO S1230s which met their requirements and are tucked away very discretely above the pastor’s podium position. The previous system was an eyesore.” The system also contains four NEXO RS18 Ray Sub cabinets flown, two per side in cardioid mode. Two NEXO NX4x4 and one NX4x1 amplifiers power the system.

“The NEXO system’s ability to maintain uniform coverage despite having a low trim height was key in choosing it for this application,” states Travis Cibolski, Clarity co-owner and designer of the system. “The net effect is that the system delivers uniform, transparent sound to all areas, and with full bandwidth!”

Christ the King Church has 6,000 members in its congregation with two campus locations. The church band consists of 6-10 musicians on average who, according to Harrel, are very discerning when it comes to good audio (one of its members is a signed recording artist).

The church previously installed a Yamaha M7CL-48 digital console at front of house, chosen for its ease of use by audio volunteers.

For more information on NEXO and Yamaha products, visit http://www.yamahaca.com. 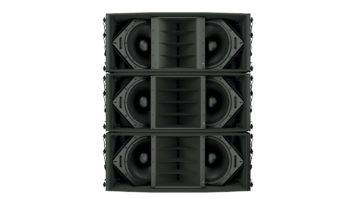