I’m just now heading to Boulder, Colo., seat of the U.S. datastorage industry and domestic home to Sony’s SACD effort, in anattempt to better understand some of the new production tools thatmy clients and I use. I’m traveling from L.A., the Seacoast ofIowa, as the basin was called long ago due to all the Midwesttransplants. My visit to La La Land was not specifically targetedat trendy nightspots and posh restaurants, but a few stops alongthe way certainly didn’t hurt. No, it was the Surround 2001 show, asomewhat choppy affair that combines useful information with ahealthy dose of trade show fluff. Maybe it’s time to combine all“surround” shows into one cooperative, multichannellovefest…but that would make too much sense.

Anyway, I come to you today not to lament on the state of tradeshows, but to make you aware of a trend that is both serious andfundamental to our work. And that is, in a word, power. Or lackthereof. As you may have heard, recently, California almost ran outof juice. Juice as in AC electricity. Strange but true. Imagine ifall of the special venue rides around the Golden State had totemporarily close down due to insufficient power reserves forcritical industries. No more rockin’ roller coasters, no moreIwerks shakers.

From the country that brought you manifest destiny andcultivated corporate greed comes Energy Crunch II, A New Beginning.California, predicting the future of technology and entertainment,is the bellwether for the rest of our fragmented country. The audiocommunity lives at the intersection of these two industries, and sothe trend of cheap, reliable power becoming costly andunpredictable should be alarming to all of us.

It all started with deregulation, as the state’s ambitiousformer governor decided that the consumer would benefit fromrelaxing the strict controls that had been in place for many ayear. Wouldn’t have hurt his positioning with consumers for apresidential bid either if things hadn’t gone horribly wrong. Now,you may wonder how one makes power a commodity, what with theelectrons always flowing around on the grid with nary a care as towho generates or dissipates. No one can guarantee that a particularsource will deliver its electrons to a particular consumer’s home,because them little buggers have a mind of their own. What made itpossible were, of course, computers: Computer management ofsuppliers and consumers, which brings me to my point. The audioindustry cannot exist without electricity. These days, audioproduction cannot exist without computers, either, and those brainylittle chips require a reliable connection to the mains.

Let’s look at the trends: First off, e-commerce is at anall-time high, though there have been some heavy doses of realitydelivered to the vulture capitalists of late. This means moreserver farms and data centers sucking the headroom out of the grid.When I’m not writing this doggerel, I’m working alongside a smallcadre of tech-ninjas, providing professional services toenterprising computing vendors and end-users. We’re currentlyhelping one customer with a new data center in the Northeast, andwe’ve found that the local utility cannot supply sufficientelectrical power for our project. So, we’re makin’ our own,designing in on-site co-generation to make up for the shortfall! Infact, many experts believe that there isn’t enough capacityavailable for all of the computer-based stuff that’s on the drawingboards. Meanwhile, power utilities have been slow to build newgenerators due to what was predicted to be a slow, long-termeconomic growth. They’ve also been holding off, waiting to see howCalifornia’s deregulation progressed. In addition, nuclear isn’tthe darling of power professionals that it once was, and fossilfuels are costly all ’round. All the while, prices fornatural gas, which supplies 20% of our nation’s energy needs, arethree times what they were last year, resulting in higherelectricity cost in the West and probably elsewhere. Theseaggregate shortfalls and spiraling costs will limit the growth ofour high-tech world and magnify the economy’s slowdown ingeneral.

Yet, there are small glimmers of hope. In the “everythingold is new again” department: Think about all of the wallwarts and power supplies that are trickling away right now in yourhomes, studios and offices, even when the “power”switch is off. Worldwide, that’s a good chunk of electricity beingused only to store data in volatile memory. Those gray beards inthe audience may remember a time when RAM was magnetic andnonvolatile and didn’t need a power supply to retain its contents.So-called magnetic core memory is still used in hardenedenvironments, such as military applications and the space shuttle.Well, the era of mag RAM may just experience a renaissance withIBM’s announcement of MRAM, a new memory technology with thepotential to store more information, access it faster and use lesspower. Sandip Tiwari, manager of exploratory memory and devicemodeling at IBM’s Watson Research Center, notes that, “[Suchdevices] have the advantage that they don’t leak, like capacitors,and so don’t need to be refreshed periodically, saving a lot ofadditional circuitry.” Don’t forget power…IBM andInfineon Technologies AG, a Munich-based memory chip manufacturer,have announced plans to move MRAM into commercial production.

While Quest and Level 3 are gleefully expanding the global IPinfrastructure, resources needed to power it are in crisis. Gottalove progress. Me- thinks it’s time to invest in an UPS and powerconditioner. That’s all for this month, so I bid you a fondfarewell from 40,000 feet and beseech you to consider responsibleresource use. Oh yeah, turn the lights off when you’re done.

OMas, a guy steeped in the folkways of audio arcana, thinkscore memory should be framed and hung as art. To voice your ownopinions on science, aesthetics and the inexorable march ofelectrons in a bulk conductor, drop a line to [email protected]. 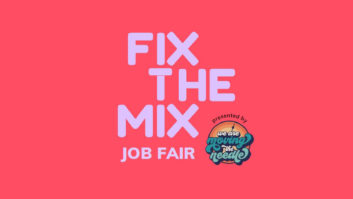