Williamson County, immediately south of Nashville, is the fastest growing and most affluent county in Tennessee. It’s a place where commercial and residential developers are having a high-dollar party putting up overpriced homes and shopping malls where there were once scenic hills and farms. It’s also the location of a laid-back rural outpost known as Leiper’s Fork.

While most Williamson County schools have the highest test scores in Tennessee, something was terribly wrong at Leiper’s Fork’s Hillsboro School which was ranked among the worst in the state and was known as a dumping ground for both problem students and problem teachers.

This fact was not lost on Aubrey Preston, a visionary entrepreneur and resident who thrives on turning “minus” situations into “pluses.” Preston knew that he had an uphill battle trying to figure out ways to turn the school around. Instead of focusing on traditional academics, however, he decided to bolster one area where other local schools were weak: the arts. He reasoned that if Hillsboro became Number One in that area, other areas of the school’s curriculum would be stimulated and it would become a desirable place for kids to be.

With the help of singer/songwriter Gene Cotton and others, Preston created the Kids On Stage Foundation two years ago. The idea of the program was to provide not only high- quality instruction in music, theater and visual arts, but also to help children develop life skills such as self-confidence and resourcefulness.

He turned to one of the assets unique to the Nashville area-its music industry talent and equipment and instrument manufacturers-and pitched them for support. Representatives at Mackie immediately got excited about Kids On Stage and made substantial contributions of consoles, power amps and other equipment. Epiphone Guitars and Slingerland Drums also got the bug and donated loads of gear.

Kids On Stage went to the county school system and negotiated a deal that was low-risk for the schools, while ensuring that the program would maintain control of the resources and educational thrust.

The program (which also has a summer music camp) has been running with great success since the summer of 1997. It has attracted an incredible list of artists and industry pros such as Michael McDonald, Larry Carlton, John Hiatt, The Judds, Tim McGraw, Faith Hill, Michael Rhodes, the Dixie Chicks, Hal Ketchum, Chester Thompson, Scott Hendricks, Mark Collie, Shelby Lynn and Jon Anderson (of Yes), who have donated their time as teachers and performers and their gear.

For the design and implementation of the performance and recording spaces, studio designer and engineer Gary Hedden kicked in his skills. In the area of recording, the approach is hands-on. Students are taught basic concepts of sound and encouraged to create and record their own music.

“We bring in bands from around the county, and the kids mike them and make 24-track recordings and do the mixdowns,” says Rick Wheeler, director of Kids On Stage. “So we provide them with a number of opportunities for real-life recording situations.”

While Mix spoke with Wheeler in the control room, student Mike Schuppan began burning a CD of a track his band Widgett co-wrote with critically acclaimed singer/songwriter John Hiatt and recorded at the school’s studio. On our way to the “garage band” practice space, we bumped into Michael McDonald. He was working with another group of kids who were clearly enjoying themselves. The atmosphere throughout was relaxed and positive.

At the end of each school year, Hillsboro throws an event called Hillstock and the town shows up in support.

“We put a major professional P.A. system and stage out against the Natchez Trace, and all of the teachers and the community come out and dress like Woodstock,” Preston enthuses. “We’ve done this twice and it’s great. The stage is kind of the magnet, and Hillstock is the ‘big gig.’ If you’ve ever been in a garage band, the gig is what you are working for.”

Preston says the effect of Kids On Stage on the students has been overwhelmingly positive: “There isn’t one kid in this school who doesn’t have some kind of outlet or some way to be somebody, and Kids On Stage helps make that a reality.” 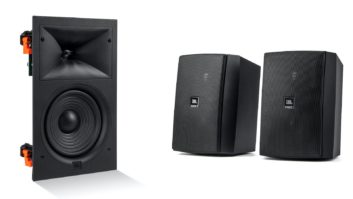