VANCOUVER, CANADA: With multiple dealerships across the country, the Dilawri Auto Group is Canada’s largest automotive group, and it has recently completed construction of several new dealerships in the Vancouver and Lower mainland areas of British Columbia. The A/V integration wing of Vancouver-based firm Commercial Electronics has been involved in those projects from the planning stages and has now completed installations at new Porsche®, Mercedes-Benz®, Audi®, Infiniti®, and Aston Martin® locations. Reflecting the prestige of those brands, the new sound systems deliver true high-fidelity output, helped in large part by Ashly Audio processing, amplification, and user control.

“Good sound is important anywhere, but it is especially important at a car dealership,” said Terry Neudorf, pro division manager at Commercial Electronics. “Poor quality sound is distracting and annoying, and although potential customers many not be consciously aware of poor quality sound, it tends to make them edgy, irritated, and motivated to leave. Naturally, that’s a terrible dynamic to set in motion at a car dealership. The Dilawri Group fully realizes this and places proper emphasis on getting the sound systems at their dealerships right. They want to show respect for the client the moment they walk into the showroom, and pleasing, high-quality A/V is a critical component of that respect.”

“Protea control software is very flexible and powerful and enables our installer to accurately route, tune, and calibrate the audio system,” Neudorf said. “In addition to ensuring consistent content volumes, we also provide the system with complete output protection via compression/limiting because sometimes the afterhours cleaning staff likes to crank it up and sometimes the systems stand in for the ‘event system’ at parties or other showroom happenings. The ability to pre-program different scenarios into the system is fantastic, and that kind of functionality is novel and impressive at a car dealership. It speaks to the high value of the system.”

Users select those presets, change input sources, and adjust volume from Ashly WR-5 hardwired remote controls or wirelessly via the new Ashly Remote App for the Apple® iPad®. The WR-5s are individually identified on the Protea system, allowing Commercial Electronics installers to program each unit for area-specific control. WR-5s reside in sales managers’ offices for showroom control, in boardrooms for multimedia control, in service bays to allows the vehicle technicians to control their shop environment, and so on. “Ashly controls are simple for the clients to use,” said Neudorf. “Access to functions on the control panels is direct and intuitive, which cannot be said for all controllers.”

He continued, “Our goal as an integration company is to provide the client with the highest level of quality, flexibility, and control. We strive to install systems that are as future-proof as possible. We like to think ahead and anticipate ‘what if’ scenarios. Ashly allows us to do that. The DSP toolbox inside Ashly’s Protea software gives us options. The ability to simply add a controller if we need to and the ability to make system changes for the client while sitting in our office across town – all of this aligns with our goal of providing service to our clients in a way that pleases them and that is profitable to us.” 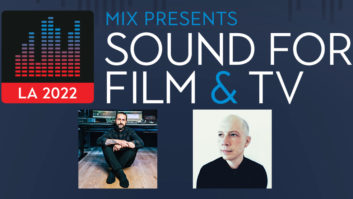