Cycling ’74’s retro bike seat logo is a throwback to its namesake decade and quite apropos for their $74 Pluggo plug-in suite: For the price of a Stingray banana seat and a cool wheelie bar you get 74 VST-compatible plug-ins and an open-ended platform designed for downloading free ones and creating your own.

Primarily for use with Steinberg’s Cubase and Opcode’s Vision applications, but now also supporting MOTu’s MAS plug-in format, Pluggo is one of the least expensive and most expressive audio processing tools to come along since, well, 1974. By no means an all-in-one audio processing lunchbox, Pluggo’s esoteric leanings nonetheless leave useful delays, dynamics, panners, phasers, filters and the like in its lengthy plug-in menu. The reverb is warm and you’ll not likely find a more bendable chorus, but marrying a 16-step sequencer to a complex multitapped lowpass filter is more the type of plug-in that makes this tricked-out Stingray really fly. With the retro look and a manual that reads “we hope at least one of these plug-in presets makes you laugh,” these people are obviously having way too much fun in redefining how we use audio plug-ins and what we pay for them. At just $1 per plug-in, Pluggo is a must-have for any engineer, sound designer or musician interested in something completely different.

Cycling ’74’s Pluggo vision includes an open-ended plug-in platform community that doesn’t leave existing VST plug-ins behind. Pluggo can host, modulate, randomize and automate any VST plug-in, and their fledgling Pluggo-the-Month Web site (www.pluggo.com) is a treasure trove of developer forums, user feedback and tutorials on making your own Pluggo plug-ins. One free plug-in each month is available for registered users.

Never-Ending PluggoPluggo is a run-time extension of Cycling ’74’s MSP (Max Signal Processing), a set of audio extensions for Opcode’s Mac-based graphical programming environment, Max. Originally developed as the ultimate MIDI control software, thanks to the processing speeds of today’s Power PCs and G 3/4s, Pluggo has evolved to offer real-time, 32-bit floating-point signal resolution audio processing. MSP and a demo version of Max are included with Pluggo, although you’ll need to buy Max in order to create and save your own Pluggo plug-ins.

Pluggo can now host sync any VST plug-in to apply modulators to its parameters. The platform was created with Mac-based VST, Vision DSP and StudioVision Pro in mind (Windows-based VST users don’t have long to wait), but there are several holes remaining as Cycling ’74 tries to bring Logic users up to speed. The manual states that Pluggo “appears” to work with Logic Audio 3.7, but there are some inconveniences: There’s nothing in the printed “getting started” manual about configuring Pluggo with Logic, some Pluggo windows are too narrow in Logic to display all the available Logic buttons and you’ll need 64 MB of RAM, not the minimum of 32 MB stated on the box. Also, you can only access the first preset for each plug-in because Logic can’t switch plug-in presets. A kludgy workaround accesses all the presets by copying and pasting. With such a new platform, it’s likely the support of Logic and other VST- or MAS-savvy host programs will improve with each revision.

INTEFACE MEPluggo’s graphical user interfaces range from barren sliders to displays that would complement any holodeck. I found some of the plug-ins’ simple horizontal parameter faders utilitarian, if not dull, but the majority of plug-in interfaces will either shock or amaze you- or both. The McGill university-contributed Dr. Dop plug-in sports a 2-channel audio position display that shows both source and shadow audio signals chasing each other in 3-D positional space. There’s X-Y axis mouse control over any two VST plug-in parameters using the Mouse Mod plug-in, all automatable with VST 2.0, and the aforementioned step sequencer shows up in many plug-ins controlling flange resonances, delay times, filter frequencies and just about anything you can feed into it.

Double-clicking on any parameter slider puts it into fine-resolution mode, and the Parameter Change pop-up menu opens up a beehive of possibilities. Just command-click any plug-in to access a menu that lets you undo edits (only one level), randomize either everything or an individual parameter, or nudge randomize with Evolve. Each plug-in has defeatable input and output meters to save on processing drain, and multiple interface screens can be called up to view parameters, visual displays and precious author notes on how best to use the plug-in. You could be left behind by the terse technical descriptions (or total lack thereof) on the latter, but Pluggo’s “set the controls for the heart of the sun” appeal doesn’t require knowing exactly what’s going on under the hood to create some incredible sounds. With the parameters, I’d like to be able to control the randomize amount below 5% when using the Evolve feature, and the inability to click-and-enter parameter values (because Cubase doesn’t recognize plug-in keypresses) often lends itself to excessive mousing around.

There are cool Windows-like pop-up hints, and getting rhythmic effects couldn’t be easier in the plug-ins with the step sequencer metaphor. Line or sync up a filter plug-in to a song’s tempo and you’ll likely lose as much sleep as I have coming up with synth-like beats and textures. I fed a fingerpicked acoustic guitar track through the Cyclotron plug-in and ended up with a rhythmic groove that rivals anything I’ve created with Steinberg’s ReBirth.

PluggoSync reads audio from a source track and outputs a trigger signal for using Pluggo’s LFO and envelope plug-ins to control tempo and beat, and the included Plug-In Manager is a standalone application that works much like Apple’s Extension Manager to enable or disable individual plug-ins, a plus considering that the full Pluggo install adds 74 plug-ins to the VST plug-in menu.

PLUG-IN ARCHITECTUREI reviewed Version 1.07 of Pluggo. Pluggo is bottomless, but you may encounter a few very unmusical and harsh audio spikes with a few of the plug-ins. Sound exploring with Feedback Network, for example, can alternately generate total silence and headphone-crushing frequency spikes from one edit to the next if you’re not careful.

Go beyond Pluggo’s included plug-ins and program your own using Max’s fairly intuitive graphical interface with MSP, though this is not a jaunt for the faint of technology. Cycling ’74 and Opcode try with tutorial sessions to simplify using Max and MSP to create plug-ins, but don’t try this at home if you’re already burned out on technology. I created a very simple phaser with Max in just a few minutes, but let’s just say it won’t end up as next month’s Pluggo-the-Month. Sound designers, especially those already Max-savvy, should go absolutely nuts with MSP and Pluggo. To the Pluggo site’s credit, there are helpful dissertations on developing Pluggo-ized VST plug-ins and diving into Max and MSP, but I think I’ll just download the free Pluggo plug-ins instead and spend more time as a Pluggo user.

A FEW CHOICE PLUGGOSDiscussing the aural merits of 74 plug-ins in one review is crazy, so I’ll end with mentioning a few choice nuggets.

Audio Rate Pan is a very smooth, useful panner that can switch between stereo and mono panning and have its panning frequency modulated by another plug-in. I used Center Channel on a project to subtract some frequencies of a bass part and give it a wide, spatial feel across the stereo field. Chamberverb is a very warm and natural reverb that far exceeds the metallic-sounding Wunderverb plug-in that comes with Cubase VST, and the glide control found in Cyclotron is every bit as expressive as it is on any synthesizer. D-Meter is a bright horizontal Vu meter with peak hold that emulates AES/EBu digital metering and was inspired by Dorrough hardware meters, Fragulator’s Buffer Size parameter affords a very musical way to tune the effect to an instrument’s key, and Filter Taps can really pick up a rhythmically challenged track.

Granular-to-Go’s synthesis spits out some incredible sound design fodder, and Phase Scope graphically displays a stereo track’s phase alignment, but my symbolic fave has nothing at all to do with changing how an audio track sounds. Light Organ, as the name gives away, is Pluggo’s millennial version of everyone’s favorite trip-out from 1974-that is, unless you thought strobes and black lights were cooler. Yep, way too much fun. 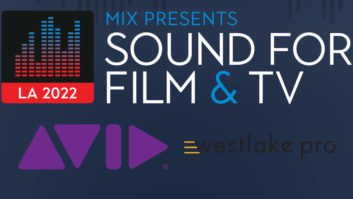